As Far as the Wind Will Take It

On March 18, the Micah family in Honduras came together to mark the one-year anniversary of the murder of one of our boys, Axel Lopez.  At age eighteen, Axel was struck down in the market area of Tegucigalpa, the very section of the city where he spent his chaotic childhood.  By then, he had already been out of the Micah House and back on the streets for a couple of years, despite our best efforts to get him the help he needed. 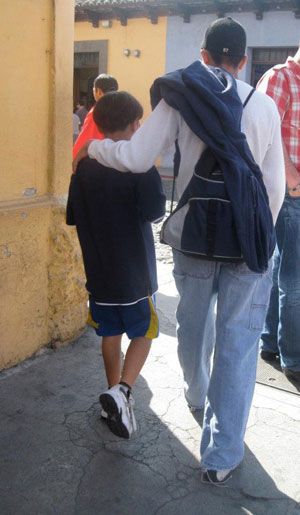 Axel walks with his younger brother Julio through the streets of Guatemala on a trip to get surgery on Julio's foot.

That is one of the hardest truths about the ministry we do among street kids:  there is no magic pill to immediately take away the trauma, addiction and the destructive patterns that the boys develop while on the streets.  Healing comes step-by-painful-step, and the boys have to be willing to cling tenaciously to hope as they deal with the wounds from their past.  Sometimes that is just too hard, and certain boys will slip back into the familiar bonds of street life…where the yellow glue fumes numb that sharp-edged pain.

Even while running the streets, though, Axel had a noble character.  He was always looking out for others; in fact, we always knew that he had the heart of a caregiver.  When his brother Julio’s foot was crushed by a bus, Axel carried him back and forth to school piggy-back—every single day for months.   Even in the last year of his life, when he was on the streets, he always did his best to provide for his baby daughter, Caroline.

Over the last year, our boys have struggled to come to grips with Axel’s death.   But instead of remaining silent and letting this profound loss simmer, the boys created something beautiful and hopeful out of these ashes.  In December, they began to put their thoughts on paper—an outpouring of grief, anger, tragedy—and hope.  For four months, they worked tirelessly on creating a song dedicated to Axel.  A beautiful tribute to a fallen brother.

The boys finished the song this past week, and after I watched the song and the video for the first time, I wept for an hour.  What the boys created through their raw honesty is a modern-day lament:  just like the biblical psalmists of old, they poured out their grief to the Lord and then waited expectantly for him to answer.  At the very end of the song, our pastor, John Bell, says: 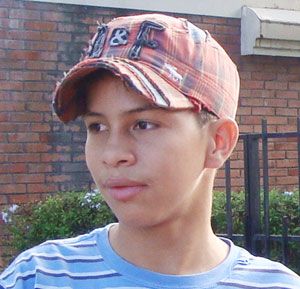 In honor of Axel Lopez,we want to encourage you that there is hope, love and life
on the other side of the heartbreak and disappointment.
There is another way,
and I challenge you to look for it with all your passion.
You will find that way in only one person: Jesus Christ.

As the Micah family gathered to honor Axel on the anniversary of his death, John’s words closed our simple ceremony. They are words of life, and we pray that each of our boys would allow these words to germinate hope in their shattered but healing lives.

We don’t want these words to create hope only in the Micah community, though.  After the ceremony, the entire Micah family went out to the yard of the Micah House and released one hundred white balloons filled with helium into the bright blue sky.  Each balloon had a card with a message on it:  messages of hope and of peace that the boys had written the day before.  We prayed that the balloons would float away and would fall into the streets and plazas of Honduras, and that their messages would be taken to heart by the people that found them.

Axel’s death was a profound tragedy, a needless loss of life in a world that is tearing itself apart because of its sin and its refusal to turn towards God.  But, as He always does, God is using this tragedy to bring about good—and to spread a message of hope as far as the wind will take it.

P.S.  The video that the boys have filmed intersperses footage that we took of Axel back in 2008.  The images and the beginning and end of the video are of Axel from that time. 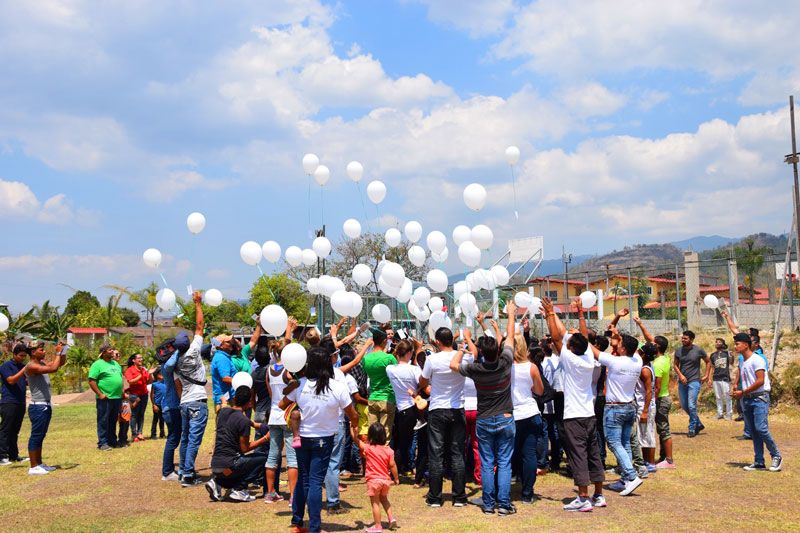 As Far as the Wind Will Take It