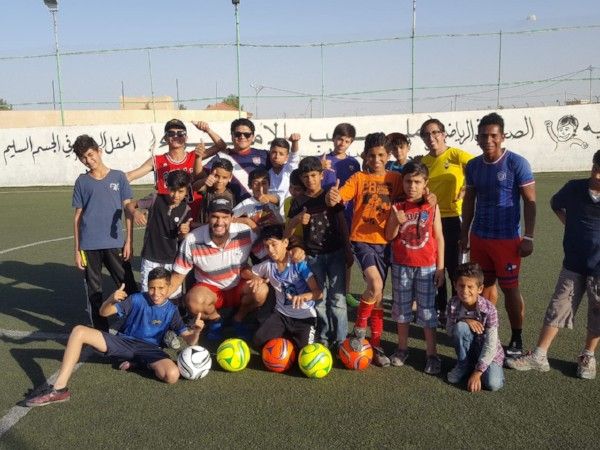 A couple of weeks ago, we were in one of Tegucigalpa’s downtown plazas to connect with the street kids that we visit every few days. We call it “street ministry” or “street outreach,” but it is really just an opportunity to love on the kids that call the streets, "home." As we entered the plaza on this day, though, the kids were being roughed up by five armed police officers. We observed from a corner of the plaza for a minute as things got heated between the kids and the police. Unsure of how to proceed, we decided to walk up to the kids and greet them like we always do, pretending that we didn’t even notice the conflict that was quickly spiraling out of control.

“Miguel! Leonardo! Brian! Gustavo!” We greeted each of the street kids with a hug and smiles all around. The police, nonplussed, were unsure of what was going on, but the sincere joy of our greeting was enough to back them off. They went to the other side of the plaza and watched us warily as we sat down with the kids.

I shared a bean burrito with Miguel, whose face was bruised and cut up. “Michael, we have nowhere to go,” he told me as he began to cry. The night before, the gang that controls the downtown area showed up in the dark alley where the street kids were sleeping and beat up Miguel. The kids had to flee that corner they had called home for the past few weeks, displaced once again. Miguel explained that often they choose to sleep in the plazas and other public spaces because it is safer for them than the dark and lonely back streets of the city. But lately, the police have been more aggressive in pushing them out of the plazas, viewing their begging, their addictions, and their very presence as a nuisance. Caught between the gangs and the police, the places where the street kids can find refuge shrink almost to zero. 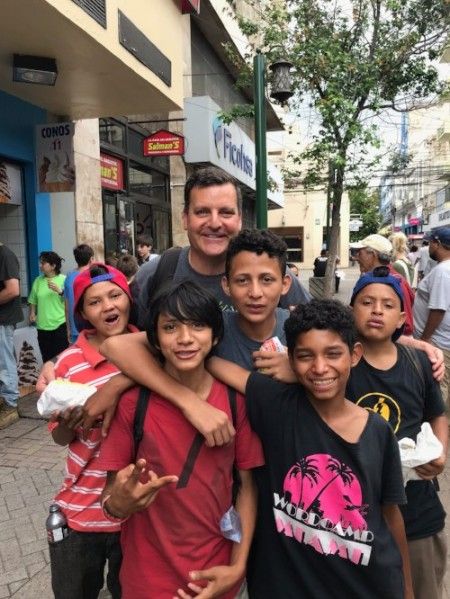 Michael smiles with some of the kids who live on the streets.

Streets kids are refugees. That sounds strange to say, but it is true. The United Nations defines a refugee as “someone who has been forced to flee his or her country because of persecution, war, or violence.”  And while most street kids do not leave their own countries in search of refuge, they are, almost to a person, fleeing their homes due to violence. They may be living just a few miles from the home in which they were born, but they are as disconnected from those homes as those that have had to cross borders to save their lives.

To be more formal about it, street kids are “internally displaced persons,” who, by definition, are “people forced to flee their homes but never cross an international border.” But it is all the same: people who have to go on the run, fearing for their lives, in order to find refuge in a safer place.

But wait a minute: surely the streets are not safer than these kids’ homes, are they? Hear their stories, and then decide. There is the boy at Micah who was tied to a tree by a drunk parent and beaten senseless over a minor fault. After years of suffering, the streets became his refuge. Another one of our boys was forced to work as a slave on his grandfather’s farm. “Slave” might sound like too strong a word, except that the grandfather would send a posse after him every time he escaped and would whip him when they caught him before sending him back to work the fields. After years of abuse, he finally escaped for good and found refuge on the streets. And then there is one of our new boys: both of his parents were killed by the gangs last year, eliminating the idea of “home” altogether. And yes, the streets became his refuge as well.

According to the United Nations, “These individuals seek safety anywhere they can find it.”  For refugees and for street kids, though, “safety” is a relative term. A migrant boat or a street corner are not safe places, but they are the last resort of people fleeing even worse circumstances.

Currently, there are more refugees in the world than at any other time in human history, including five million Syrians alone that have had to flee their war-torn country. But if there is a danger in watching the nightly news or scrolling past Facebook posts about refugees, it is that numbers can be dehumanizing. Our brains just can’t visualize what five million actually means; so, out of self-protection, these numbers remain theoretical, unreal. Numbers make us feel powerless.

But we are not powerless. When Jesus said, “for I was hungry and you gave me food, I was thirsty and you gave me drink, I was a stranger and you welcomed me,” I believe it was a challenge for us to see names, not numbers. I cannot change the lives of five million refugees, but I can have an impact on Miguel, Leonardo, Brian and Gustavo.

I admit that I have found the numbers disheartening these last few months as I have read endless stories about displaced people. But I end with a reminder of amazing grace, a story of hope reproduced and magnified. It is about a street boy named Hector and his trip to the Middle East.  When Hector’s mom was killed, he found his refuge on the streets, where he quickly became addicted to yellow glue. The Micah Project’s staff lovingly got to know Hector on the streets for over two years.  We introduced him to the true refuge of the Micah House and in 2007, at the age of twelve, he left the streets behind and joined the Micah family.

Hector plays soccer with some refugee children from Syria.

Ten years later, Hector graduated from high school. But instead of preparing for a life of ease and comfort, he decided to join Youth with a Mission and learn how to be a missionary. He spent the last few weeks in northern Jordan, which is home to the largest Syrian refugee camp in the world. You may or may not know this about Hector, but he has an undying passion for soccer. So guess what he got to do in Jordan? He helped to run a soccer camp for Syrian refugee kids!
Hector may not have solved the Syrian refugee crisis, but he definitely had an impact on Ali and Youssef, on Ahmed and Omar. And that’s all the Lord requires of us, isn’t it? To learn their names is to see them as His children, worthy of his love and our mercy.  For, “as you did it to one of the least of these my brothers, you did it to me” (Matthew 25:40).

Founding Director of the Micah Project