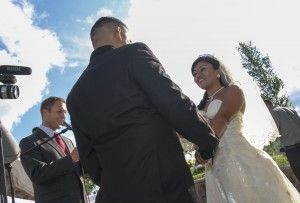 There was an undercurrent of excitement buzzing through the Micah house on September 6th, the day of Pedro’s wedding. Two large canopies were being hammered into place in the garden area next to the house, and our boys were helping to set up chairs and tables on our front lawn for the reception. Musicians were practicing their pieces and arrangements of flowers had just arrived and were being carefully set in place.   We had scrubbed the Micah house itself from top to bottom and it seemed to be glowing in expectation of what was about to happen here. Our cooks were preparing food for 150 people, and the smells of the deliciousreception banquet were wafting out of our kitchen and making mouths water all over our property. 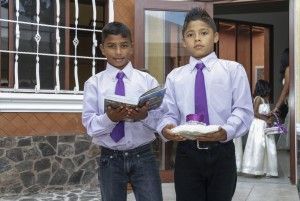 I think our boys were most excited about the transformation that they were seeing in the mirror, however! They all had fresh haircuts and had been fitted in brand new lavender shirts, purple ties and sharp black pants. Pedro had chosen them to be his groomsmen at the wedding, and they wanted to look their best for the part! They had already practiced several times walking down the aisle with bridesmaids on their arms (ANOTHER exciting thing about being in the wedding!) and were nervously waiting for the ceremony to begin. Little Edward had been given the ring box, and he was trying his best to remember when he was supposed to walk down the aisle and to whom he was supposed to give the ring. Maricela, the bride, was cloistered in one of our staff cabins getting dressed and Pedro, our hyperkinetic groom, was roaming from place to place, making sure that all the details were ready. 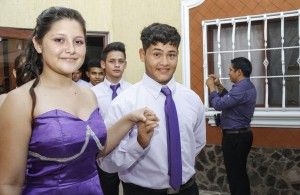 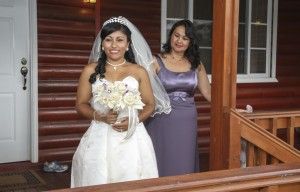 As the guests began to arrive, I asked a few of our boys how many weddings they had attended. Counting the wedding of our grad Olvin Funez last September and the one they were about to participate in, down the line I received the same answer: two.   Each one of them comes from a background in which weddings and indeed, marriages, are rare-to-nonexistent.   If you go through the list of the sixteen boys that currently live in the Micah House, only four of them have ever lived with their father for any extended period of time.   Many of them have never even met their fathers—don’t know their names or what they look like. For whatever reason, from extreme poverty, to addiction, to generational cycles of brokenness, our boys have grown up without an understanding of what family truly is. Thus, the idea of a wedding is a foreign concept to most of them.

Pedro, the groom himself, never had the opportunity to meet his father. He was born into such desperate circumstances that his birth was never even officially recognized—causing us to scramble to try to get him a birth certificate last year so that he could graduate as a civil engineer from a local university.  Because his mom is mentally handicapped, Pedro was forced to learn how to fend for himself from the time he learned how to walk as a toddler. He ended up on the streets at a young age and learned to do whatever it takes to survive to the next day. 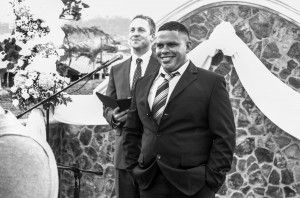 Those hard, early-life lessons have formed Pedro into the man he is today. At Micah, he became a tenacious student who challenged his peers to excel at their schoolwork. While studying civil engineering here in Tegucigalpa, he learned how to burn the midnight oil in order to pass some of the terribly hard classes in his curriculum (like to take a crack at Calculus III, anyone???).

Pedro learned another life-altering lesson while at Micah: the power of gratitude.   He uses any occasion to thank his Heavenly Father for using the Micah Project to change his life. Several months ago, when I visited the high rise where Pedro was working as a supervising engineer, he introduced me to the serious men who were overseeing the entire project as “my father, the man who raised me.”   He is often out at Micah 2.0, encouraging (cajoling!) the younger boys to appreciate what the Lord has given them and to use it to push their lives forward with hope and faith. 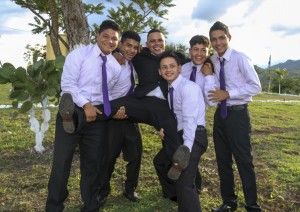 Pedro’s marriage to Maricela (a girl who grew up in the Villa Linda Miller community in a house that is about two hundred paces from where the wedding was to take place!) represented in one stunning day all of the desires, hopes and dreams that we have for each one of our boys. As John Bell, Micah’s pastor and mentor, pronounced Pedro and Maricela man and wife, Pedro stood up–with his God, his friends, and his Micah family as his witnesses–and said through his actions: “I am a man who has been transformed by the unbreakable, unwavering covenantal love of my heavenly Father, and I will do my best to live my life as a husband, father and friend who loves in that very same way.”

What I will never forget about Pedro and Maricela’s wedding is that they intentionally made it about so much more than their love for each other.   They held their wedding at Micah 2.0 and made the Micah boys their groomsmen so that they could say, “Do you see what’s happening here, Ismael? Do you understand what’s going on, Raul, Jose and Nelson? This is what the Lord has in store for YOU. This is how strong, faith-filled Christian men and women do things. Learn from us.” 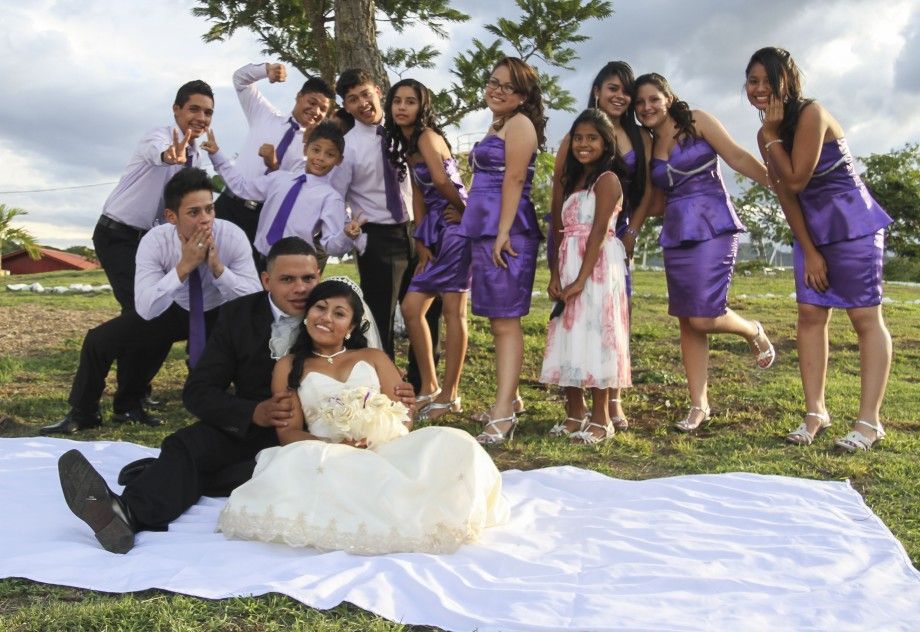 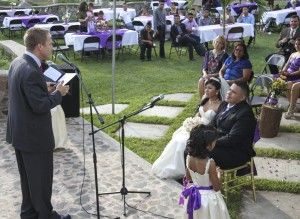 I wish I had the space to write about how miraculous it is that there were TWO Micah weddings in September! Two weeks after Pedro slid a ring onto Maricela’s finger, our grad Marvin Soto declared his vows to Shannon Klousia in a beautiful wedding overlooking Missouri’s foothills. The backstory to that wedding includes as much of God’s unwavering faithfulness as does Pedro’s and Maricela’s; I may have to write a “part two” to this letter in order to share that miracle as well!

Looking back on these two weddings last month, I am reminded about how much I love being a part of the Micah family in 2014. It is such a special time in our history because we can look back over fifteen years and say “Remember that young, rebellious, lost kid that entered the Micah Project in 2002? He is now a college graduate, he just married the love of his life, and, most importantly, he loves his Lord.”   We can see so many examples of how the Lord is forming these young men in His image. Even with the guys that left the Micah Project before their process was complete, we have come to learn that the values that we instilled in them while at Micah become deeply ingrained, and while their paths may have had more twists and turns that we had hoped, many of them are still finding a way forward.

Looking backward to the beginning and seeing all that the Lord has accomplished in these lives also reminds me to keep looking forward. There is another wedding in our future, one that we will all attend. On that day, we will join the great multitude gathered in our Lord’s kingdom and we will hear these words: 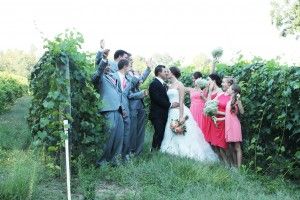 Let us rejoice and be glad and give him glory!

For the wedding of the Lamb has come, and his bride has made herself ready.

Fine linen, bright and clean, was given her to wear.” (Revelation 19)

Yes, there is another wedding in our future, one in which we are the bride, one in which the following reception will last an eternity. I do not believe that we will need a ring on our finger as a symbol of the groom’s true love because we will be bathed in the light of that love at all times. Temporary symbols will no longer be necessary.

The Micah Project makes a long, long journey with each of our boys, a journey that contains some tears and struggles, but also one that has its fair share of celebrations and triumphs!  When I spend time with our little guys—Noe, Edward, Ismael—the ones that are only recently removed from the streets, I pray that the Lord would grant them many times of celebrations in their lives: graduations, weddings, the birth of their own kids.   But even more so, I pray that they would embrace the covenantal love of their heavenly Father, and that they will be standing next to me on the day that the wedding feast of the Lamb begins! 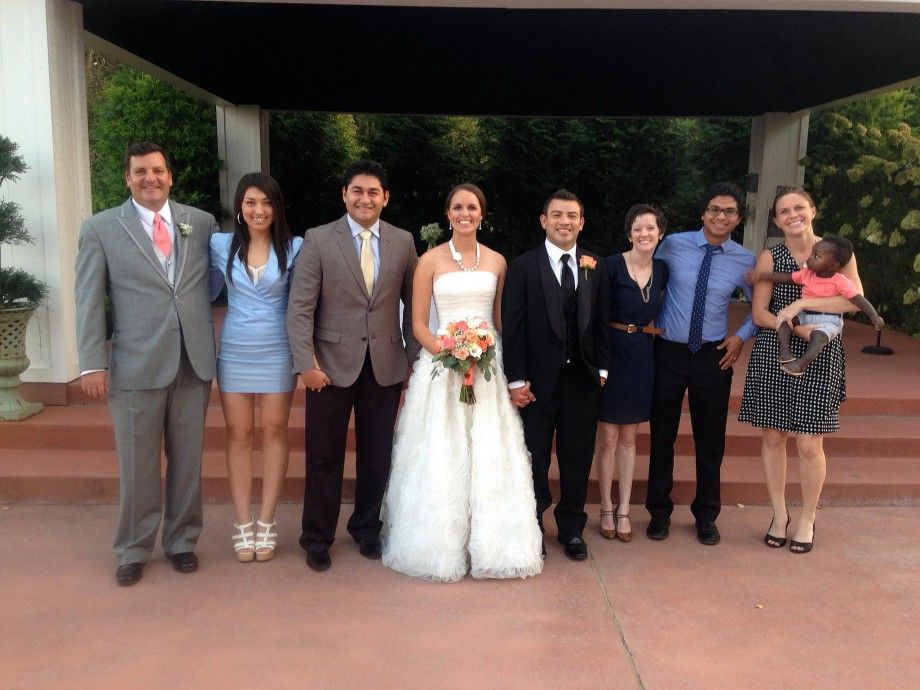 And I pray that we will all be standing with you on that day as well. It is your prayers that opened the eyes of each of these precious sons, your love for them that helped them to see the love of their heavenly Father so clearly. You are a big part of the reason that the boys will be a part of that ultimate, glorious wedding feast. If you had been at Pedro’s wedding, he would most certainly have taken you aside and told you that himself.

Because of your commitment to our boys, I believe that one day, at the end of all things, we (you and I) will be able to link arms with them and hear, as Revelation puts it, the true words of God:

“Blessed are those who are invited to the wedding supper of the Lamb!” 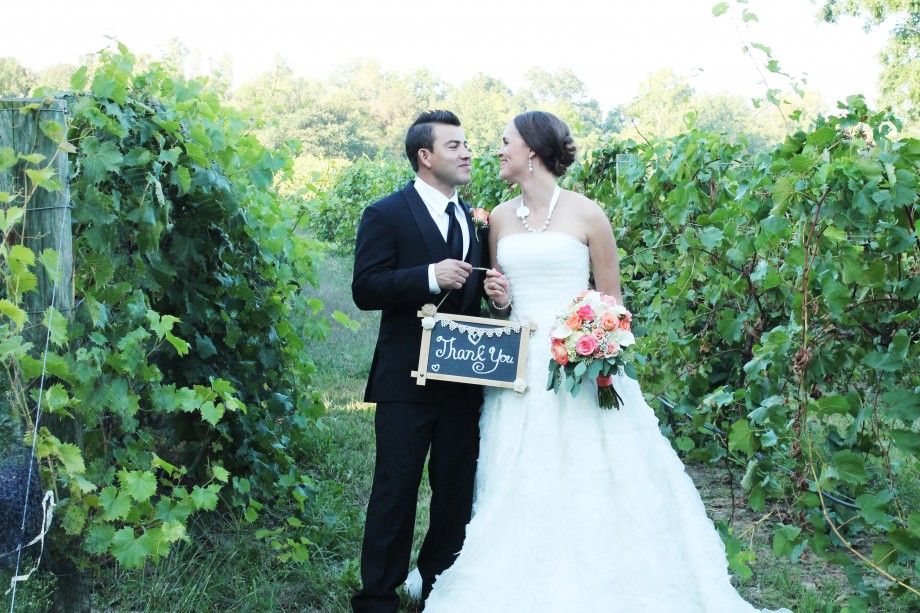 Thank you. Really. THANK YOU—from the deepest place from which gratitude dwells in the human heart–for joining us in continuing to invite more and more of these young men to that awesome wedding day!