Lay Your Burdens Down

As long as I live, I will never forget the night this past February in which all of the Micah boys fell to their knees weeping before the Lord.   We were in the first evening of our spiritual retreat, on a mountaintop about three hours from Tegucigalpa. It was a cool evening, and we were all wrapped in multiple layers as we gathered for the evening session. We had just gotten things started with a couple of songs and a silly skit, when, without any leading, our boys began to weep.

I have never experienced anything like it. For three hours, the boys wept, confessed things that they have done and things that have been done to them. We surrounded them one-by-one, prayed over them and hugged them tight. Our tears intermingled with theirs. 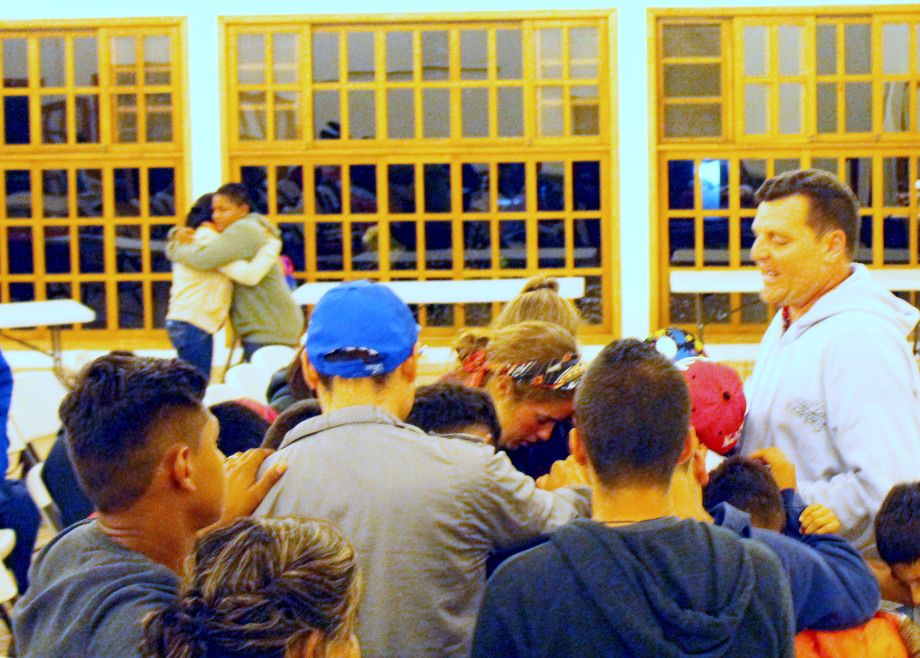 One of the boys, a normally cheerful, pleasant fifteen-year-old, wept inconsolably for hours. Almost gasping for breath, he admitted to the gathered Micah family that when he was a baby, his mom sold him to another woman—the one that ended up raising him. That one terrible fact made him feel totally worthless—like a piece of trash, to use his own words.   He grew up thinking that he was no more valuable than a product that could be bought and sold, and thrown away when nobody had any further use for him. 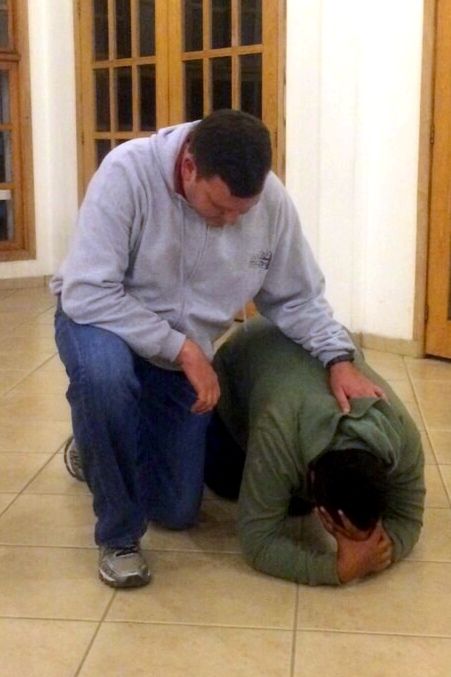 As we wrapped this beautiful, precious kid in our arms that night, I wanted so desperately to explain to him that the sense of worthlessness that strangles his soul every single day is a lie from the deepest, darkest pit of hell.   I wanted him to know how much we love him, how proud we are of him. I wanted him to see himself through his Heavenly Father’s eyes…the One who knows and loves him more completely than any of us ever could.

That is the reason that I founded the Micah Project fifteen years ago: so that boys just like this one could know—confidently, passionatelyknow beyond any shadow of doubt—that they are not orphans but sons, deeply loved an cherished by the very One who created them. Sometimes I wish that we could perform open-heart surgery on each of our boys, to cut away the cancer that eats at their souls, to surgically remove the lies that they have come to believe as truth because of the abuse, abandonment, rejection and violence that was inflicted on each of them!   How I wish that it were that easy.

Honestly, of the sixty boys that have called Micah home throughout the years, I am amazed by how many of them do come to a place of healing and restoration.   The Lord’s tender mercies do reach into those broken hearts, and do put them on a path to healing.   Each one of them is a living, breathing, resurrected miracle. But the path to that place is a difficult one. Overcoming the lies told to them is so incredibly painful that there is a percentage of them that just can’t do it. It is easier for them to believe the lies, to go back to living according to the names that society gives to them: delinquents, vagrants, addicts, throwaway children.

Axel was one of that number. When he left the streets and entered Micah at age twelve in 2008, all we could see was potential. He was a bright, funny kid with a quick wit and an easy smile. He had a natural way of connecting with people; he would put a hand on your shoulder, give you a lopsided grin, and make you feel like you had been his friend forever. Underneath that gentle charm, though, there was also a deeply rooted thirst for justice.   Axel could never look away from someone that was hurting or in need without trying to find some way to help.   Sometimes it felt that he carried the weight of the world on his shoulders, and he was always encouraging (cajoling!) us to help the man begging on the sidewalk, or the elderly woman that came to our door needing help to feed her grandkids.

For two years, Axel did SO well at Micah. But, though he cared deeply about the well-being of others, he could never be convinced that he himself was worthy of love. He began to believe those lies about his worthlessness again, and in 2010, ended up back on the streets.   In the months that followed, I would often find myself wandering the streets of the outdoor market area of Tegucigalpa, praying that the Lord would help me find Axel. When I did run into him amidst the teeming crowds of shoppers, my heart would leap with hope that he could be convinced to come back to Micah. As the months and years went by, though, you could see the hope fading from Axel’s eyes. We were able to get him into a drug rehabilitation center for a time and he did even come back to Micah for a few weeks in 2012, but it was clear by then that he didn’t believe that he could really ever leave the streets again. The last time that he left the Micah House, there was a sense of finality about his decision. 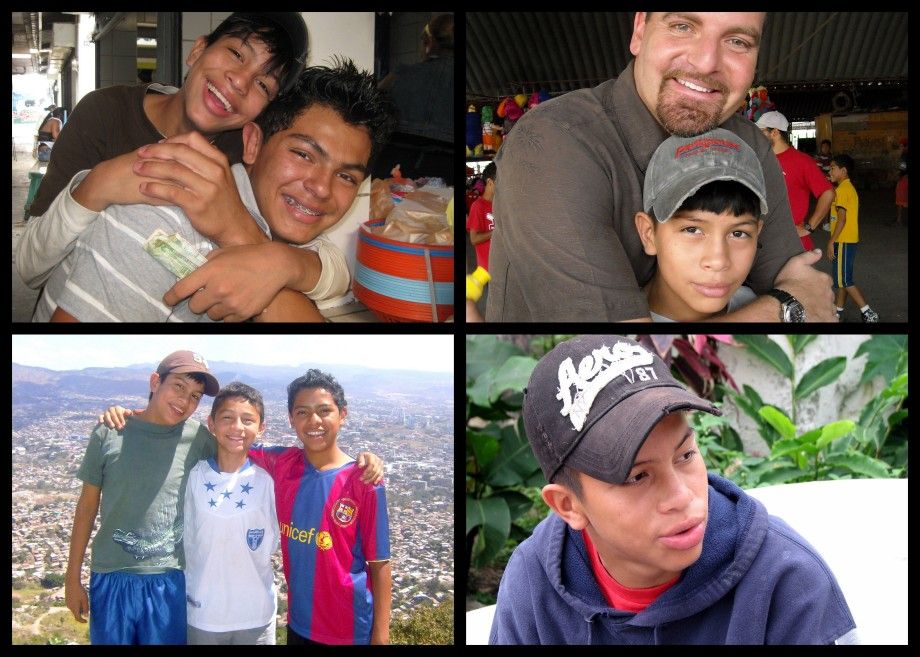 A few weeks ago, on March 18, we were on the far end of Micah 2.0 building part of the perimeter wall with a group that was spending a week with us from my home church in St. Louis. In the middle of the afternoon, we received the call that I had been dreading for years; at 6:30 that morning, Axel had been shot and killed in the market area. He was still just eighteen years old.   Although living on the streets forced him to grow up way too early, he was really just a kid. A kid who did not deserve to die a violent death.

One of the hardest things I have ever had to do in my life was to go to the city morgue that night to identify and retrieve Axel’s bullet-ridden remains. Once I got him situated in the vehicle that would take him to the funeral home for the all-night wake, I went to pick up his younger brother Julio, who still lives at Micah and who had been at soccer practice with the rest of the boys. By the time we got back to the funeral home for the wake that evening, a crowd had already gathered.   Almost thirty street youth showed up at different times that night, most of them high on yellow glue, but with a sincere desire to pay their last respects to Axel. Most of the Micah grads that still live in Tegucigalpa also came to the wake to support each other during this time in which each one of them lost a brother and a friend.

At one point, as people came and went, I noticed a lady standing off by herself. I later found out that Axel had learned that her son was in prison, and he passed by her shack every week with a bag of food to support her and her young son. She helped me to understand that, even while on the streets in those last months of his life, Axel still cared deeply about helping the poor and downtrodden–still had that thirst for justice.

The next morning, after the wake and a couple of hours before Axel’s burial, I called all of the Micah guys over to my cabin, where the group from my home church had also gathered. One of the women in the group, Sherdonna Denholm, had written a song for the Micah boys that she shared for the first time with us that week. Sherdonna’s song beautifully expressed what we so desperately wanted Axel to understand; if he could only have heard these lyrics and believed them with all of his heart!

Micah, lay your burdens down

Bet you didn’t know that you are worthy

One step at a time mountains are climbed…

When shadows fill your room

And darkness fills your mind

When the lies you have been told

Come pressing in on every side

One step at a time mountains are climbed…

Micah, you are clothed in splendor

At the well of water pouring from the Lord

The day will come when we will be restored.

As Sherdonna sang again that morning in my cabin, I wept for Axel, for the boy who could never come to grasp how worthy he was of love and who could never get beyond the lies that the world told him.   As I stood before the boys weeping, though, something else happened that I will never, ever forget. These were the same boys who just a few weeks earlier at the retreat had been weeping before the Lord, pouring out their pain and sorrow to him, who so needed to be consoled as they poured out their grief and suffering. Yet now, as I wept before them, they gathered around me, surrounded me in a big group hug, and silently wept with me. Those that had been disconsolate now became the consolers. Those that so needed healing now became healers themselves. And in that beautiful, painful moment, I experienced a profound sense of hope for each one of them. 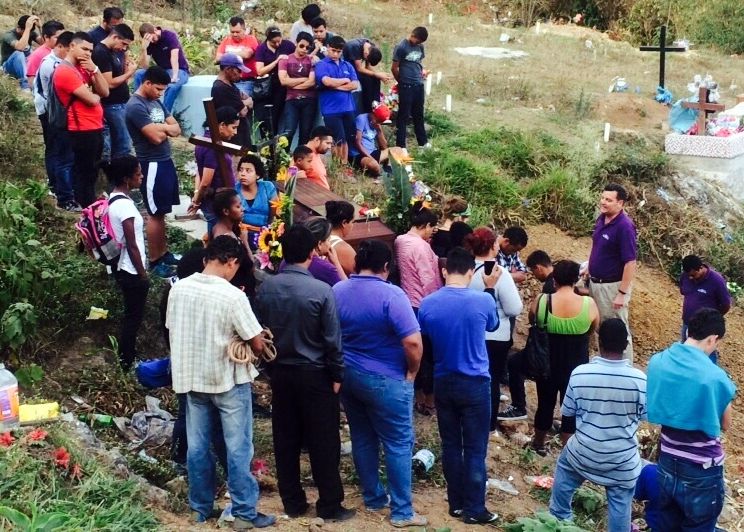 Staff and Micah boys from all generations gather at the cemetery for Axel’s burial.

As I write, a month has gone by since we buried Axel. I find myself wishing that I could have had one more conversation with him—maybe just one more would have been enough to help that broken heart find mercy. At the same time, there are sixteen boys who wake up in the Micah House every morning, put on their school uniforms and move forward in their day with hope and expectation. While they are in that process of healing, each one of them still has some of that lie engrained in their hearts.   Every single one of the missionaries here at Micah would tell you that we want nothing more than to expose that lie for what it is, and to bring each one of the boys to that well of living water that pours from the Lord.

Will each of this current group of sixteen boys make it beyond the lie to restoration? Honestly, we have no idea.   I know that each one of us often feels weak and often unprepared to help our boys carry those heavy burdens from their past. At the same time, we are comforted in the knowledge that our Lord’s power is made perfect in our weakness and that he, and only he, is mighty to save.

And in the meantime, we absolutely cannot do this without prayer! We ask that you consider choosing one of our boys to pray for daily, knowing that your prayers can break down the strongholds of bondage in these young lives. If you do choose a name, would you mind sending us an email at micahproject@hotmail.com to let us know for whom you are praying? You can see this link on our website for a bio of each of our boys: https://www.micahprojecthonduras.org/micah-boys/ And if you ever want a specific update on that boy, we would be glad to send you one!

I truly believe that each night our boys go to bed in the Micah House is a miracle. As we switch the lights off in their rooms, they are one day farther removed from the tragedy of their past and one day closer to the coming Kingdom of our Lord. Each of those days has its full measure of sorrow and of joy, of triumphs as well as setbacks.   But we strive to remember, even as Sherdonna’s song reminds us, that one step at a time mountains are climbed.

And that the day will come when we (and they!) will be restored.

Yours in tenacious hope,

Lay Your Burdens Down